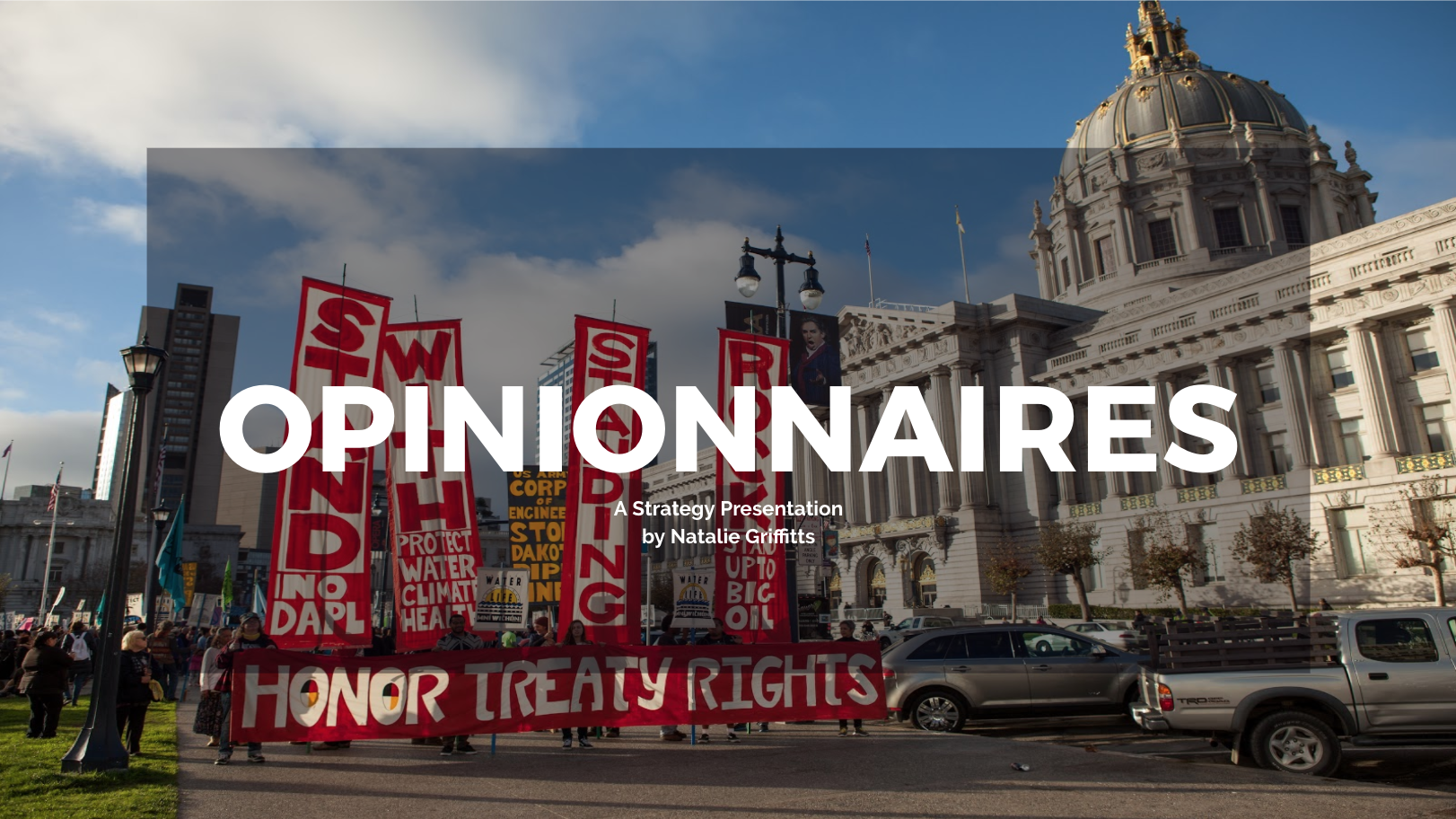 August 2, 2018 Update: The slideshow containing my brief explanation of this literacy strategy has been removed. However, here is a quick explanation with examples.

The Indian Removal Act of 1830
Read the first paragraph and pick one additional section of the act.

CHAP. CXLVIII.–An Act to provide for an exchange of lands with the Indians residing in any of the states or territories, and for their removal west of the river Mississippi.

Be it enacted by the Senate and House of Representatives of the United States of America, in Congress assembled, That it shall and may be lawful for the President of the United States to cause so much of any territory belonging to the United States, west of the river Mississippi, not included in any state or organized territory, and to which the Indian title has been extinguished, as he may judge necessary, to be divided into a suitable number of districts, for the reception of such tribes or nations of Indians as may choose to exchange the lands where they now reside, and remove there; and to cause each of said districts to be so described by natural or artificial marks, as to be easily distinguished from every other.

SEC. 2. And be it further enacted, That it shall and may be lawful for the President to exchange any or all of such districts, so to be laid off and described, with any tribe or nation within the limits of any of the states or territories, and with which the United States have existing treaties, for the whole or any part or portion of the territory claimed and occupied by such tribe or nation, within the bounds of any one or more of the states or territories, where the land claimed and occupied by the Indians, is owned by the United States, or the United States are bound to the state within which it lies to extinguish the Indian claim thereto.

SEC. 3. And be it further enacted, That in the making of any such exchange or exchanges, it shall and may be lawful for the President solemnly to assure the tribe or nation with which the exchange is made, that the United States will forever secure and guaranty to them, and their heirs or successors, the country so exchanged with them; and if they prefer it, that the United States will cause a patent or grant to be made and executed to them for the same: Provided always, That such lands shall revert to the United States, if the Indians become extinct, or abandon the same.

SEC. 4. And be it further enacted, That if, upon any of the lands now occupied by the Indians, and to be exchanged for, there should be such improvements as add value to the land claimed by any individual or individuals of such tribes or nations, it shall and may be lawful for the President to cause such value to be ascertained by appraisement or otherwise, and to cause such ascertained value to be paid to the person or persons rightfully claiming such improvements. And upon the payment of such valuation, the improvements so valued and paid for, shall pass to the United States, and possession shall not afterwards be permitted to any of the same tribe.

SEC. 5. And be it further enacted, That upon the making of any such exchange as is contemplated by this act, it shall and may be lawful for the President to cause such aid and assistance to be furnished to the emigrants as may be necessary and proper to enable them to remove to, and settle in, the country for which they may have exchanged; and also, to give them such aid and assistance as may be necessary for their support and subsistence for the first year after their removal.

SEC. 7. And be it further enacted, That it shall and may be lawful for the President to have the same superintendence and care over any tribe or nation in the country to which they may remove, as contemplated by this act, that he is now authorized to have over them at their present places of residence.

Our conduct toward these people is deeply interesting to our national character. Their present condition, contrasted with what they once were, makes a most powerful appeal to our sympathies. Our ancestors found them the uncontrolled possessors of these vast regions. By persuasion and force they have been made to retire from river to river and from mountain to mountain, until some of the tribes have become extinct and others have left but remnants to preserve for awhile their once terrible names. Surrounded by the whites with their arts of civilization, which by destroying the resources of the savage doom him to weakness and decay, the fate of the Mohegan, the Narragansett, and the Delaware is fast overtaking the Choctaw, the Cherokee, and the Creek. That this fate surely awaits them if they remain within the limits of the states does not admit of a doubt. Humanity and national honor demand that every effort should be made to avert so great a calamity.

My original convictions upon this subject have been confirmed by the course of events for several years, and experience is every day adding to their strength. That those tribes can not exist surrounded by our settlements and in continual contact with our citizens is certain. They have neither the intelligence, the industry, the moral habits, nor the desire of improvement which are essential to any favorable change in their condition. Established in the midst of another and a superior race, and without appreciating the causes of their inferiority or seeking to control them, they must necessarily yield to the force of circumstances and ere long disappear.

I regret that the Cherokees east of the Mississippi have not yet determined as a community to remove. How long the personal causes which have heretofore retarded that ultimately inevitable measure will continue to operate I am unable to conjecture. It is certain, however, that delay will bring with it accumulated evils which will render their condition more and more unpleasant. The experience of every year adds to the conviction that emigration, and that alone, can preserve from destruction the remnant of the tribes yet living amongst us.

Being acquainted with many of the Indians and able to fluently speak their language, I was sent as interpreter into the Smoky Mountain Country in May, 1838, and witnessed the execution and the most brutal order in the history of American warfare. I saw helpless Cherokees arrested and dragged from their homes, and driven at the bayonet point into the stockades. And in the chill of a drizzling rain on an October morning, I saw them loaded like cattle or sheep into six hundred and forty-five wagons and started toward the west.

One can never forget the sadness and solemnity of that morning. Chief John Ross led in prayer and when the bugle sounded and the wagons started rolling many of the children rose to their feet and waved their little hands good-by to their mountain homes, knowing they were leaving them forever. Many of these helpless people did not have blankets and many of them had been driven from home barefooted.

On the morning of November the 17th we encountered a terrific sleet and snow storm with freezing temperatures and from that day until we reached the end of the fateful journey on March the 26th, 1839, the sufferings of the Cherokees were awful. The trail of the exiles was a trail of death. They had to sleep in the wagons and on the ground without fire. And I have known as many as twenty-two of them to die in one night of pneumonia due to ill treatment, cold, and exposure.

Eliza Whitmire was about five years old when she and her parents, who were enslaved to a Cherokee family, were forced to leave Georgia. She later described the process of removal.

The weeks that followed General [Winfield] Scott’s order to remove the Cherokees were filled with horror and suffering for the unfortunate Cherokees and their slaves. The women and children were driven from their homes, sometimes with blows and close on the heels of the retreating Indians came greedy whites to pillage the Indian’s homes, drive off their cattle, horses, and pigs, and they even rifled the graves for any jewelry, or other ornaments that might have been buried with the dead. The Cherokees, after having been driven from their homes, were divided into detachments of nearly equal size and late in October, 1838, the first detachment started, the others following one by one. The aged, sick and young children rode in the wagons, which carried provisions and bedding, while others went on foot. The trip was made in the dead of winter and many died from exposure from sleet and snow, and all who lived to make this trip, or had parents who made it, will long remember it, as a bitter memory.

Elizabeth Watts was a Cherokee woman whose mother was born along the Trail of Tears, described the trek westward.

The soldiers gathered them up, all up, and put them in camps. They hunted them and ran them down until they got all of them. Even before they were loaded in wagons, many of them got sick and died. They were all grief stricken they lost all on earth they had. White men even robbed their dead_s graves to get their jewelry and other little trinkets. They saw to stay was impossible and Cherokees told Gen. Scott they would go without further trouble and the long journey started. They did not all come at once. First one batch and then another. The sick, old, and babies rode on the grub and household wagons. The rest rode a horse, if they had one. Most of them walked. Many of them died along the way. They buried them where they died, in unmarked graves. It was a bitter dose and lingered in the mind of Mrs. Watts’ Grandparents and parents until death took them. The road they traveled, history calls the “Trail of Tears”. This trail was more than tears. It was death, sorrow, hunger, exposure, and humiliation to a civilized people as were the Cherokees.

Lt. L.B. Webster who accompanied the Cherokee along part of the Trail of Tears, offered a first-hand account of the journey.

We were eight days in making the journey (80 miles), and it was pitiful to behold the women & children who suffered exceedingly as they were all obliged to walk, with the exception of the sick…. I had three regular ministers of the gospel in my party, and … we have preaching or prayer meeting every night while on the march, and you may well imagine that under the peculiar circumstances of the case, among those sublime mountains and in the deep forest with the thunder often roaring in the distance, that nothing could be more solemn and impressive. And I always looked on with … awe, lest their prayers which I felt… ascending to Heaven and calling for justice to Him who alone can & will grant it… [might] fall upon my guilty head as one of the instruments of oppression.

Lesson Grade: 6th Grade; US History I
Title of Lesson: The Indian Removal Act and DAPL